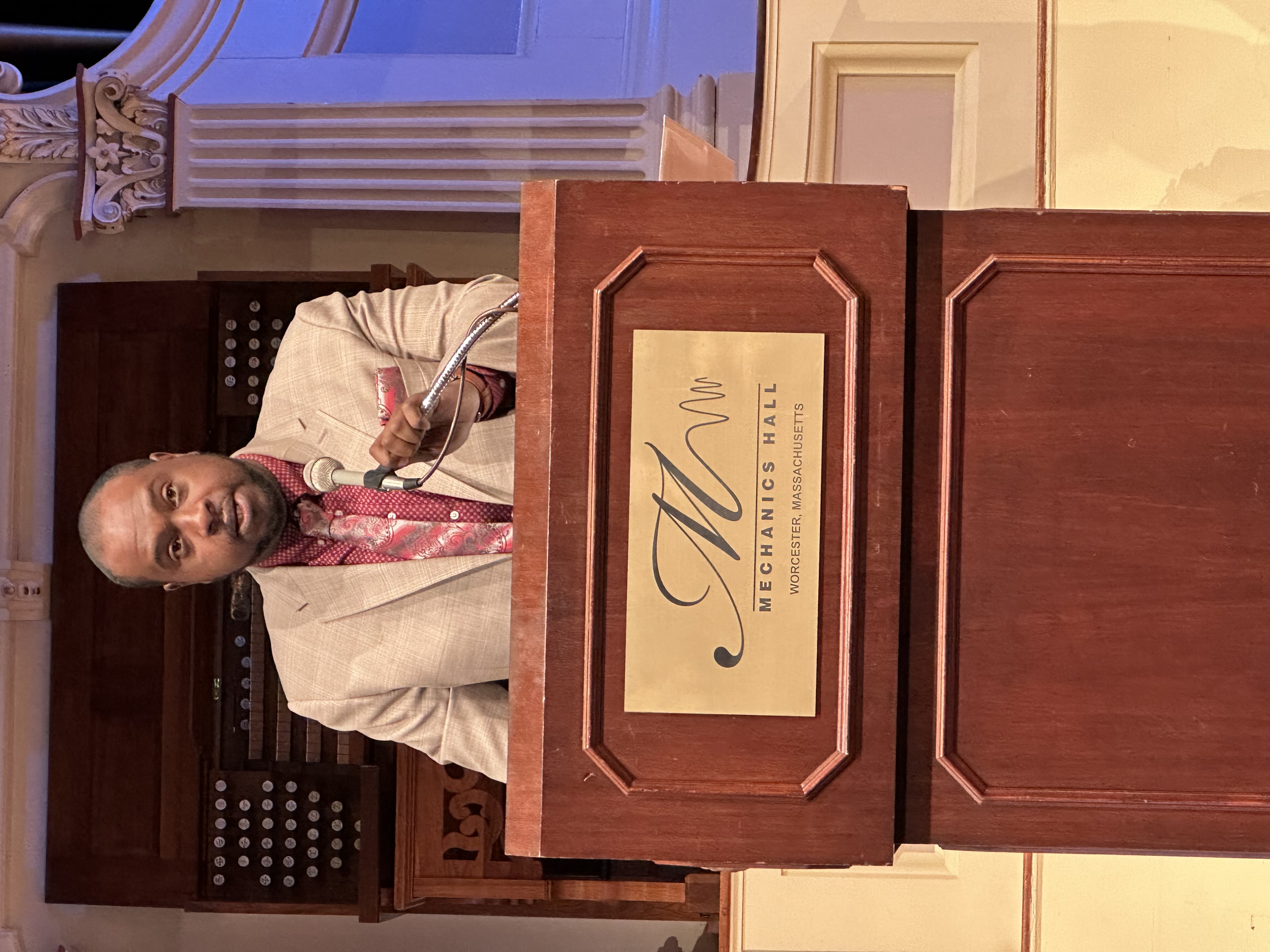 Rev. Vernon K. Walker is originally born and raised in Philadelphia. Rev. Walker attended Penn State University for college where he earned a Bachelor of Science degree with a major in Organizational Leadership and a minor in Psychology. After graduating from Penn State University, Rev. Walker attended Boston University and earned a Master Degree in Theological Studies with a focus on community engagement.

Rev. Walker is currently a graduate student taking graduate classes working towards earning a Master Degree in Public Policy at Tufts University Department of Urban and Environmental Policy and Planning where he is a 2022 Neighborhood Fellow. 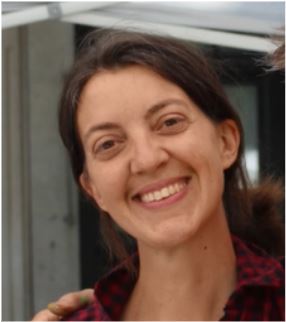 Leigh is fairly new to the staff at Communities Responding to Extreme Weather (CREW), but she’s been volunteering with them since 2018, both as an organizer for their annual Climate Interfaith Summit and member of a local CREW chapter in Somerville, MA. She’s had the honor of serving her community in many capacities – public education, songwriting and performance, community organizing, grants management, and even ecological landscaping. She feels most joyful and in flow when she gets to be creative, curious, and connected to nature, and when she can support others in accessing these as well. With her stellar teams at CREW, Leigh will be coordinating community engagement work for a Charles River Flood Model project, as well as a community participatory research study in downtown Boston, always with her eye and heart on ways to engage people authentically, equitably, and through mutual learning. 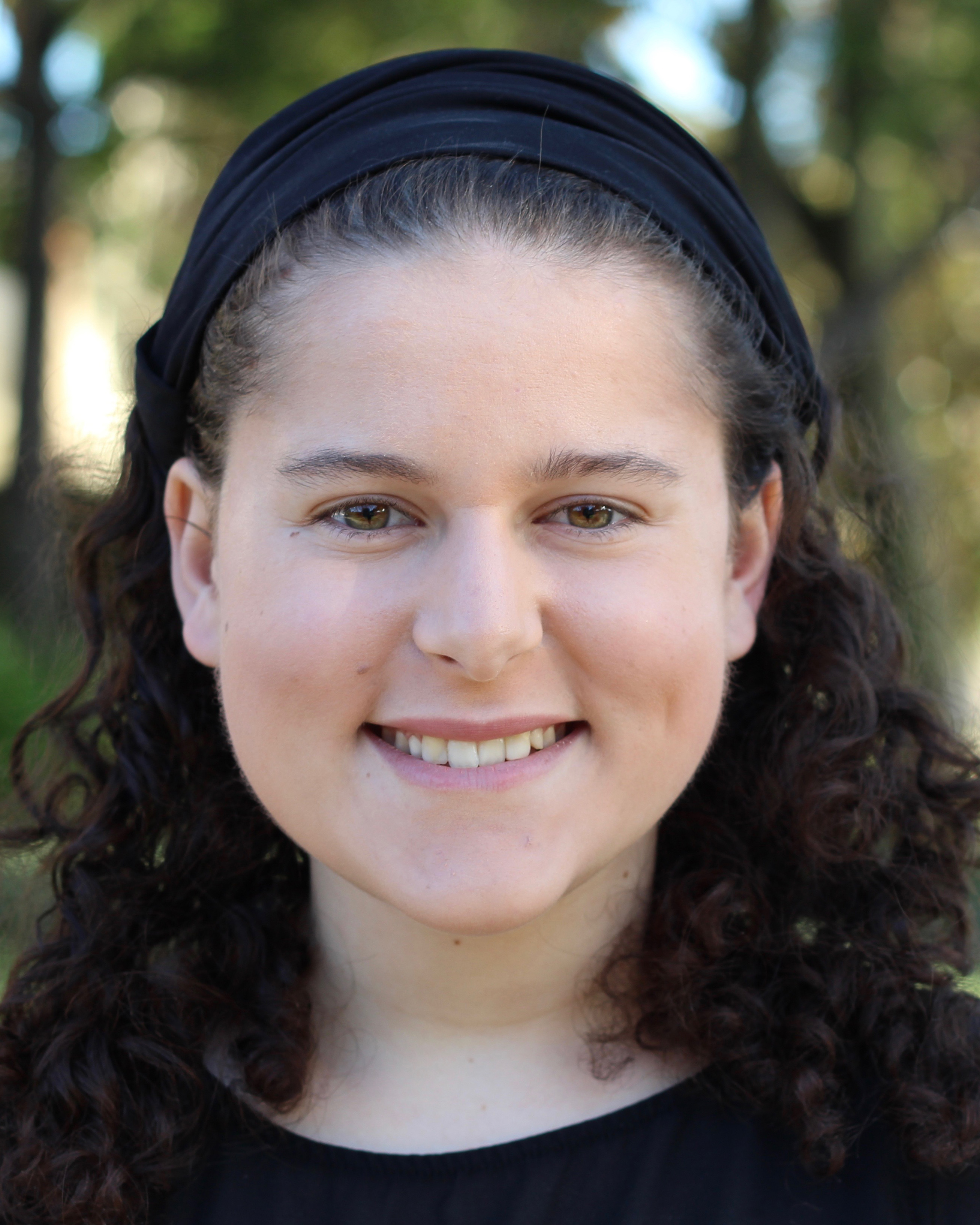 Paladini was born in sunny California and moved to Virginia at the age of eight. She grew up attending Virginia Beach Friends School where she received a Quaker education focused on implementing the SPICES (simplicity, peace, integrity, community, equality, and stewardship) in all aspects of her life. Her sense of giving back to the community was enriched during the eleven years she helped feed the homeless at the Judeo-Christian Outreach Center. Samantha returned to the West Coast where she graduated summa cum laude from Whittier College with a BA in English and Theatre. Graduating in her living room during the pandemic was not an easy feat, but Samantha found her light while aiding students with developmental disabilities. This led her to a job as an Artist's Assistant where she conducted research on collaboration in the workforce. Recently, she stage managed a production for The 24 Hour Plays Company and explored the health benefits of hot yoga, and is now a fellow under the Quaker Voluntary Service program. Samantha is looking forward to building climate justice and resilience against extreme weather conditions with CREW. 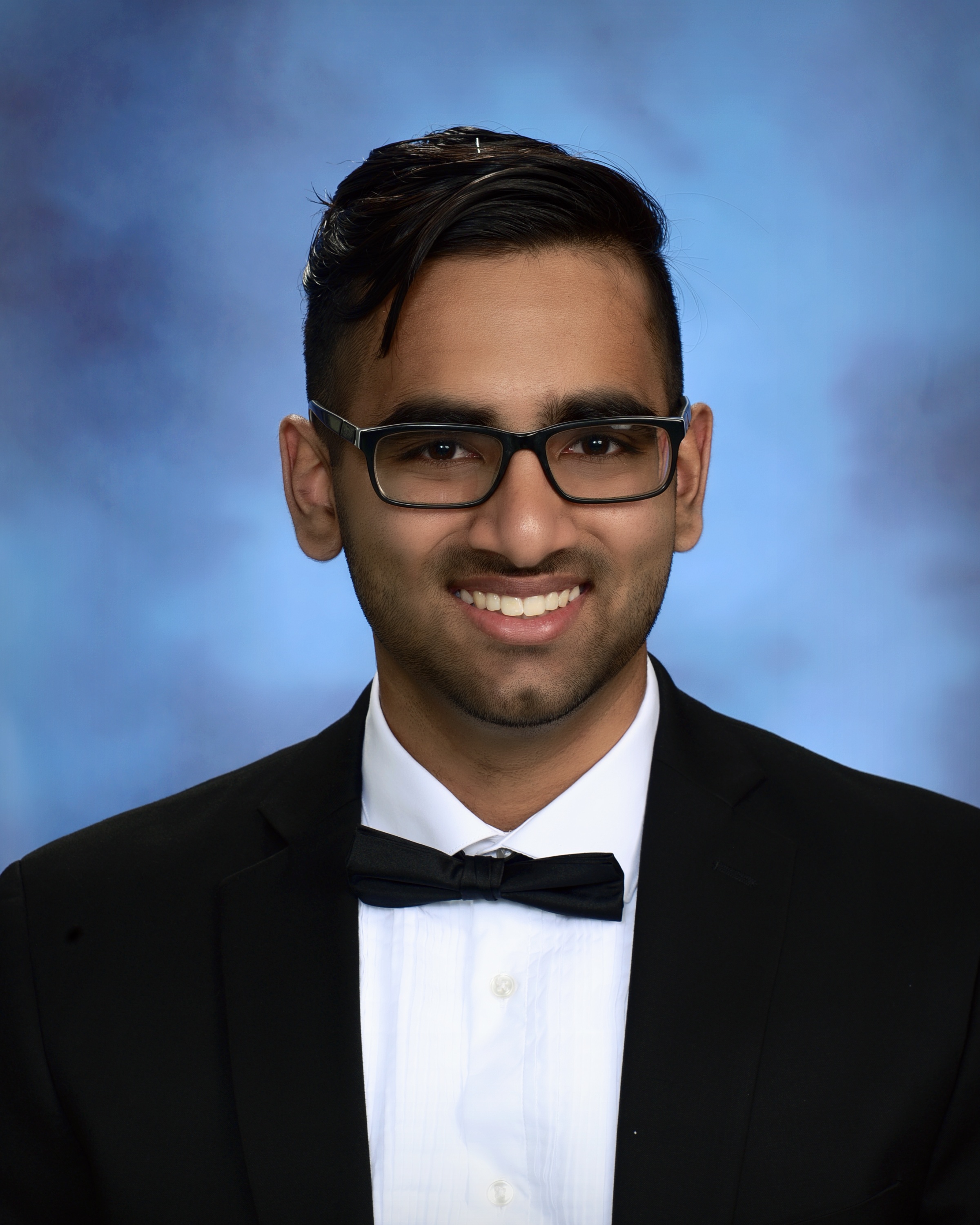 Rohan is an Indian-American rising sophomore from Upstate New York planning to major in International Relations within the School of Arts and Sciences at Tufts University. Rohan’s passion for community development crystallized in high school. He founded his own organization–born out of his passion for tennis–called Kids Courts, providing free lessons to kids in his local community. Due to his experiences, Rohan appreciates the importance of service and community organizing in creating sustainable and equitable futures for others. At Tufts, Rohan is involved in the South Asian Political Action Committee, 180 Degrees Consulting, and ALLIES. Rohan loves to play tennis, lift weights, and read fantasy in his free time. Rohan is excited to work with CREW to help further its goals in climate justice and environmental education. In the future, Rohan hopes to advocate for and help construct green, reliable, and egalitarian policy initiatives. 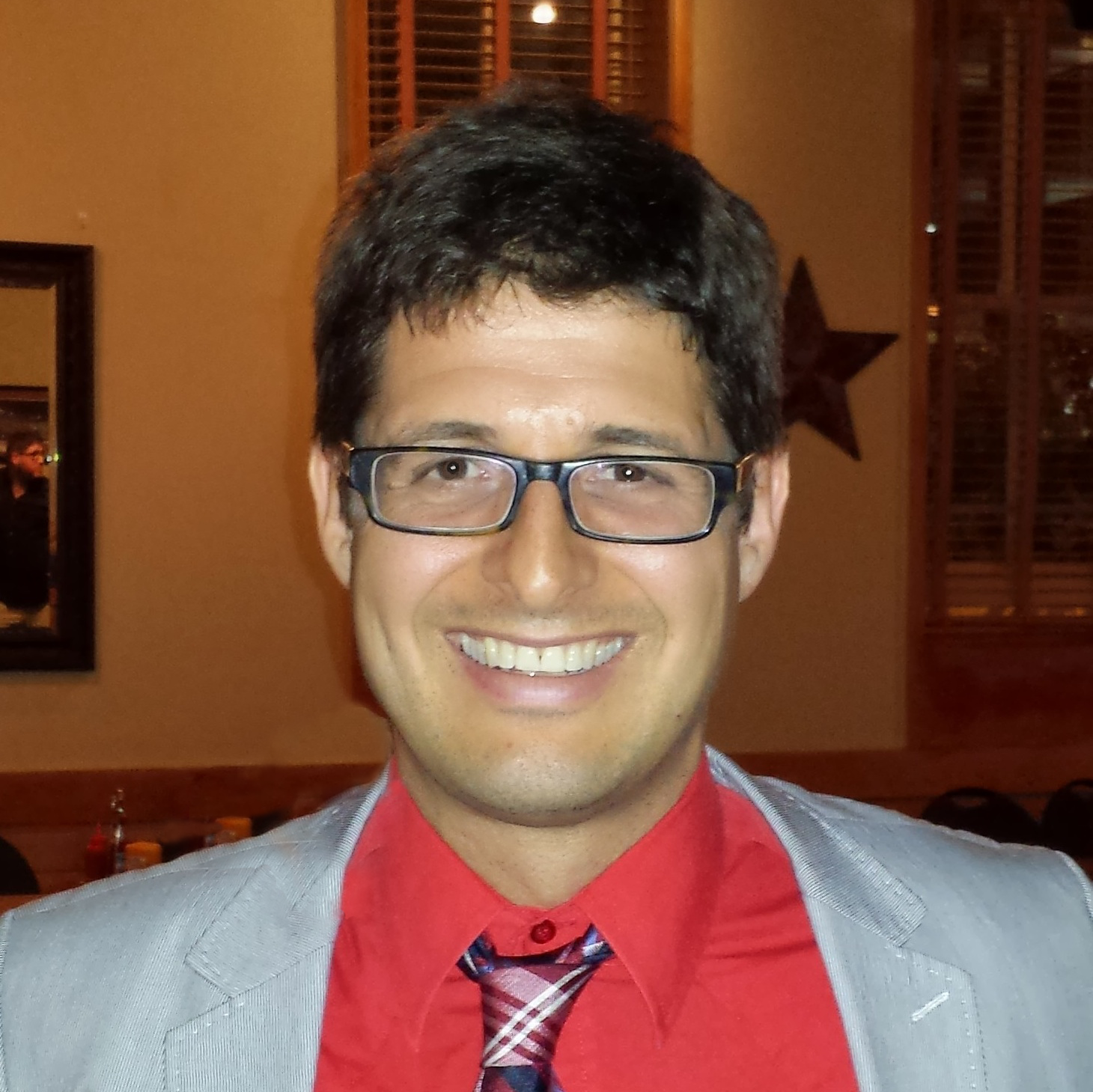 Brad Johnson is the Executive Director of Climate Hawks Vote Civic Action. In recent years, he was the campaign manager of Forecast the Facts, where he launched the Don’t Fund Evil and Climate Silence campaigns, which convinced dozens of companies to stop funding the Heartland Institute and compelled the 2012 presidential candidates to engage on climate, respectively. Mr. Johnson previously served as the editor of ThinkProgress Green. He has a master’s degree in geosciences from MIT and majored in physics and mathematics at Amherst College. 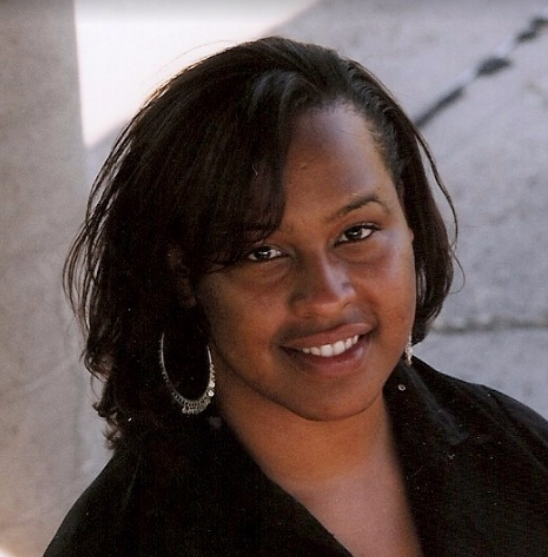 Colette Pichon Battle recently assumed the role of Executive Director of the US Human Rights Network (Atlanta and New York City) with a mission to build a people-centered human rights movement in the US. She aims to connect the grassroots human rights movement to the climate movement in the United States through initiatives focused on Economic Justice, Energy Democracy and Ecological Equity. In her previous role as Executive Director of the Gulf Coast Center for Law & Policy, Ms. Pichon Battle worked on issues of global migration, community economic development, climate justice and equitable disaster recovery. She has prioritized working with local communities, national funders, and elected officials around equity in the post-Katrina/post- BP disaster Gulf Coast. Ms. Pichon Battle was a lead coordinator for Gulf South Rising 2015, a regional initiative around climate justice and just transition in the South, and in 2016 she was named a White House Champion of Change for Climate Equity for her work with frontline communities in the US South. 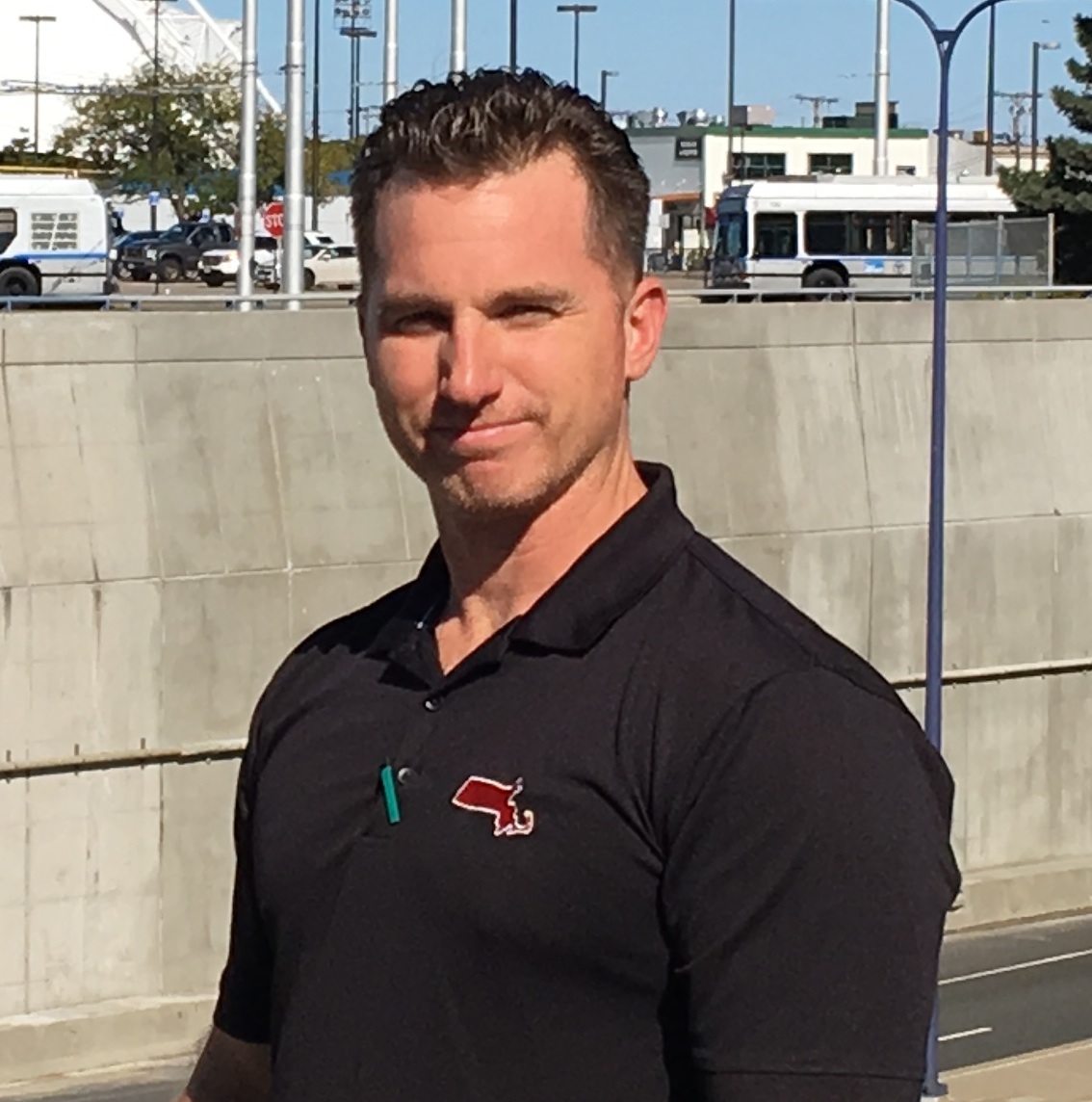 Chester Osborne works in the field of Transportation Operations & Emergency Management, where he works to reduce environmental impacts through improved planning and operations. He is also a U.S. Army Veteran; he first became involved in the field of emergency management while on deployment to Central America, where he found that lack of recovery and resiliency capacity from natural disasters in many cases posed greater threats to nations than terrorism. Mr. Osborne holds a Masters of Public Administration, a certificate of Enterprise Management from the Joint Special Operations University and has studied at the John F. Kennedy Special Warfare Center. He is also an Eagle Scout and recipient of the Bronze Star Medal.

Joyce Gallagher Sullivan is Assistant Vice President for Development Communications at Dana-Farber Cancer Institute. Her team handles marketing communications for the Division of Development and the Jimmy Fund, supporting all of the fundraising initiatives of the Institute. She has more than three decades of experience in communications and public affairs, including a ten-year stint at the American Cancer Society, where she served as Vice President for Communications for the New England region. Additional experience includes work at the American Red Cross - Disaster Services, where she served as Director of Institutional Giving, and Colette Phillips Communications, where she was Executive VP. She also operated her own consultancy, Gallagher Sullivan Communications, for five years. She started her career at WBZ-TV in Boston, where she won two New England EMMY Awards for public service advertising. She is a graduate of Boston College, and resides in Milton, MA. 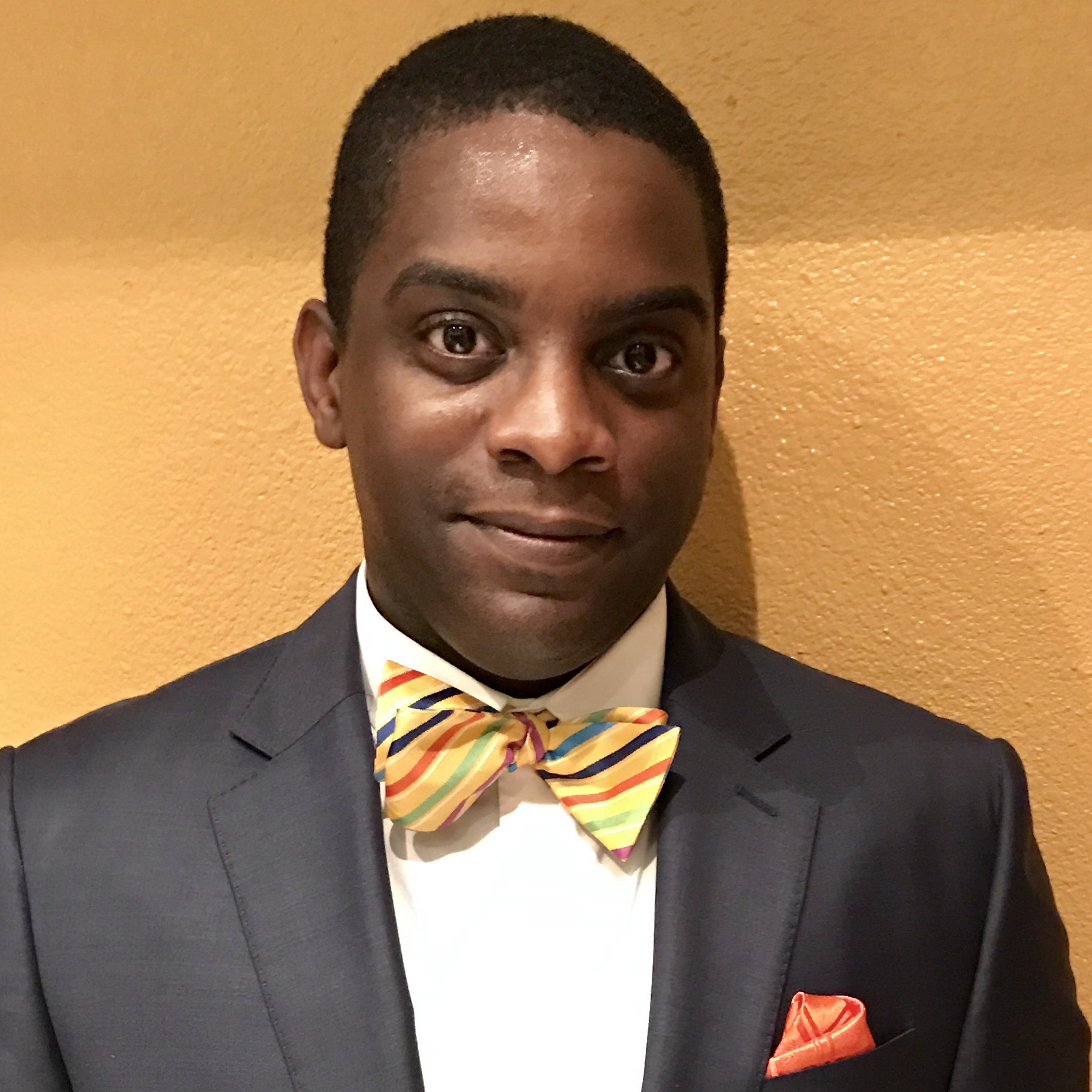 Johnny V. Boykins is a Project Development Manager and Protocol Officer with a private security consulting and staffing corporation based in Tampa Bay, Florida. Mr. Boykins received his master's degree in Diplomacy and Security Studies & Graduate Certificate in Teaching & Learning from Norwich University and his bachelor's degree in Political Science and Communications from Eckerd College. He is also a United States Coast Guard veteran, husband, bow tie aficionado, contributing writer, and amateur chef.

Rachel Jacobson is a cross-sector collaborator with ten years of experience in the climate adaptation, resilience, and environmental fields. As Senior Program Manager at the American Society of Adaptation Professionals (ASAP), she leads the design, development, implementation, and evaluation of the organization’s projects and partnerships including the Resilience Dialogues, the ASAP Mentorship Program, ASAP’s education initiatives, and ASAP’s activities with regional adaptation fora across the country. Previously, Rachel was a contractor and a Fellow at National Oceanic and Atmospheric Administration (NOAA), where she implemented two strategic initiatives: Resilience AmeriCorps and The Department of Commerce Natural Capital Business Roundtables. Rachel received her B.A., M.P.P, and M.S. degrees from the University of Michigan, and holds a Certificate in Environmental Law and Regulation from the University of Washington. Rachel lives in Cambridge, MA but is a Michigander by birth and believes the Fresh Coast is the best coast. 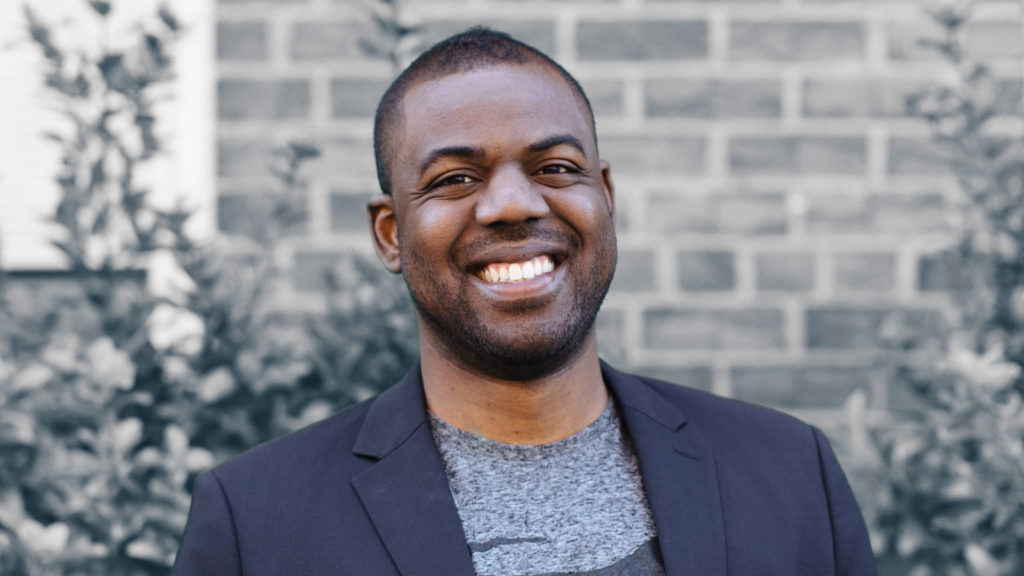 Donnel Baird is the founder of BlocPower, an early stage clean tech startup based in New York City. BlocPower develops portfolios of clean energy retrofit opportunities in underserved communities, and connects those opportunities to investors seeking social, environmental, and financial returns. BlocPower creates jobs for qualified local low-income workers, energy savings for community institutions, reduces carbon emissions, and provides returns to investors. Mr. Baird also serves on the board of the Sierra Club Foundation. He previously spent four years as a political and community organizer and two years managing a national initiative to leverage American Reinvestment and Recovery Act energy efficiency investments in underserved communities. He is a graduate of Duke University and Columbia Business School. 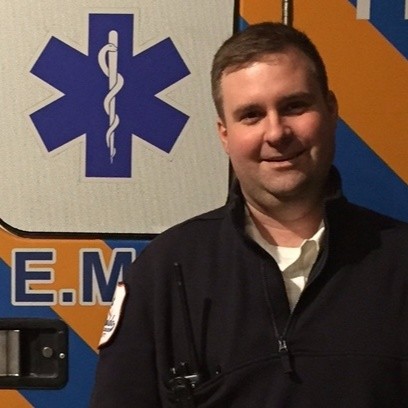 Dan Wieland is an active EMS and Emergency Management professional with over 10 years of experience. He currently splits his time between the Holliston Fire Department and Cataldo Ambulance Service, and is working toward his National Registry Paramedic certification. Prior to this position, he worked for 5 years for the American Red Cross of Massachusetts Bay Chapter where he led Massachusetts care planning and later headed recurrent disaster response operations for the Metro Boston Area. While at the Red Cross, he was deployed on multiple national relief operations, including the 2007 San Diego wildfires as well as hurricanes Gustav and Ike. He has also worked as the Assistant Emergency Manager for Boston University. In this role, he provided enterprise-wide emergency planning for the University and developed emergency response procedures for the National Emerging Infectious Diseases Laboratories. Mr. Wieland holds a Master's of Science in Healthcare Emergency Management from the Boston University School of Medicine.

CREW is currently being incubated by the Better Future Project, a federally recognized 501(c)(3).